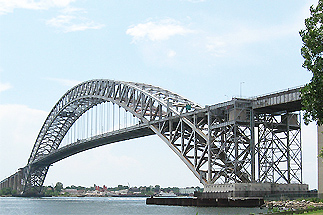 Previously the Bayonne Navy Base/MOTBY facility, the Cape Liberty Cruise Port is located in Bayonne Harbor, New Jersey. This area is fully of history, has the most diners in the world, plus the largest shopping mall in the state, Thomas Edison’s home, and the New Jersey Performing Arts Center. Just a few minutes from Manhattan and the Newark Liberty International Airport, visitors enjoy easy access to the Statue of Liberty and great views of the New York skyline.

Nearby Places Of Interest