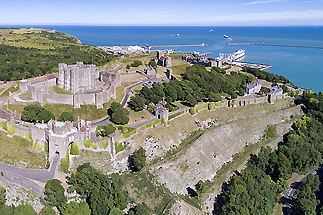 Located on the southeastern coast of England, Dover is known as the “Gateway to England.” The second largest port in the United Kingdom, it is equipped with state-of-the-art modern facilities for cruise ships and their passengers. An easy 2 hours south of London, it is a great starting point to visit Deal, Sandwich, or even hop on a short ferry ride to France. Tourists can walk along the famous White Cliffs and see the numerous historical sites- Dover Castle, forts, archaeological sites, and the oldest seagoing vessel- the Dover Bronze Age boat.

Directions From Heathrow Airport (LHR) to the Port of Dover:

Directions From London Gatwick Airport (LGW) to the Port of Dover:

Mon-Fri 9AM - 9PM ET
Sat 9AM - 7PM ET
Enter your information and an agent will call you back shortly.
*Please Note: Only USA and Canada residents