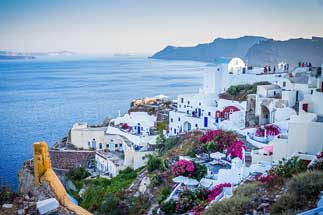 Piraeus is a city in Greece, located south of Athens. It was the port of the ancient city of Athens, and was chosen to serve as the modern port when Athens was re-founded in 1834. Piraeus remains a key shipping and industrial center, the port serves ferry routes to every island in the eastern part of Greece, the island of Crete, the Cyclades, the Dodecanese, and much of the northern and the eastern Aegean. The western part of the port is used for cargo services and covers a huge area. Piraeus has been the Port of Athens for over 2500 years, feeding the capital city with ships filled with traders, goods, pilgrims, and now, tourists.

The highlight remains the Acropolis complex as it has been since the 5th century B.C. There also is the National Archaeological Museum, which contains one of the most exhilarating collections of antiquities in the world. A visit to this active metropolis serves as a vivid reminder of how much the world has changed since the beginning of Western civilization. Or visit the Nautical Museum of Greece.