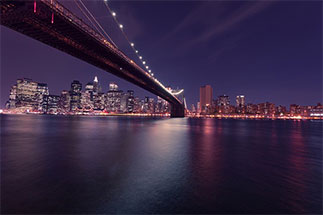 The Manhattan Cruise Terminal opened as the New York City Passenger Ship Terminal in the 1930s, when Mayor LaGuardia built long, modern finger piers out into the Hudson along Manhattan's west side. Ships dock in an area commonly referred to as Hell's Kitchen. NYC ranks one the world’s most popular travel destinations because there is something here for everyone. Make sure to have your cameras ready when pulling in an out of port!

All cars enter the Terminal from the north at the intersection of 55th Street and 12th Avenue (State Route 9A).

At the Manhattan Cruise Terminal, parking is located on-site above each pier