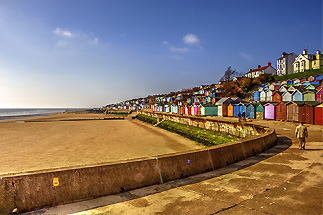 Built in the 13th century, the Port of Harwich sits at the crossroads between the River Orwell and River Stour, on the East Coast of England. The harbor was created by a storm surge in the 12th century, which gave Harwich its roots in maritime history. Famed as the launching place for several voyages of explorers like John Hawkins, Francis Drake, and Martin Frobisher during the Elizabethan era, it is also the port in which the Mayflower was built and birthplace of its captain. It is now an important passenger ferry port and an embarkation port for cruises. History buffs will love exploring the rich heritage in Harwich.