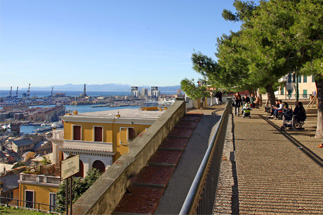 The Port of Genoa is located in the northwestern Italian area of Liguria just over 100 miles from the French border and is a major cruise port in the Mediterranean. A former Roman port, it reached its zenith in the 16th century during the exploration of the New World- Christopher Columbus is one of its most notable inhabitants. It is the gateway to the Italian Riviera and is a city rich in culture and heritage, where ancient meets modern.

Follow signs for parking inside cruise terminal port at Autosiloport.